A few weeks ago, a small number of students at Sheridan College put together a 24 hour animation film-athon; meaning, they gave themselves 24 hours to put together a short animated film. Each person did their own short piece, but a few of them got together to do a themed set of clips in the style of failed fairy tales. I also had the pleasure of joining in on the Fail-y Tales, although, my 24 hours ended up being more like 6 hours due to work stuff that I also had to deal with. Still, it was a blast getting to do some wacky animation! My hat’s off to all the students that participated in the 24hour film-athon, they all did a great job!!

Below is the collection of Fail-y Tales, created by Ashley Belgrave, Nicole Gagnon, Dilraj Gahunia, Vanessa Stefaniuk and myself. Try to guess which clip(s) was done by me, check out the comments below for the answer. :)

No Film Festival For Me

I had hoped to attend the Ottawa International Animation Festival last weekend, but plans had fallen through, and I wasn't able to make it up there. For those not familiar with the event, the OIAF is a huge celebration of animation and animated films, both professional and independent, from around the world. The event is the largest event of its kind in North America, and plays host to virtually a who's who in the animation community. This would have been the first year for me to visit the festival, so I was really looking forward to it. I guess that means I'll have to double my efforts to make it to Ottawa next year! So here's to OIAF 2011!!
Posted by Apollo Okamura No comments:

This Saturday (Oct 9th), I’ll be attending the 7th Annual Canadian Action Figure Expo in Mississauga, Ontario. With me will be a small collection of my own Transformer toys for sale, and of course I’ll be drawing sketches, as well as selling prints of my Optimus Prime pinup as featured in Dreamwave's Transformers G1 Ongoing #1 v2. I will aso be bringing along some of the Robotech RPG cover prints, but in very limited supply.

Can’t make it to the show? You can buy the Optimus glossy print here! 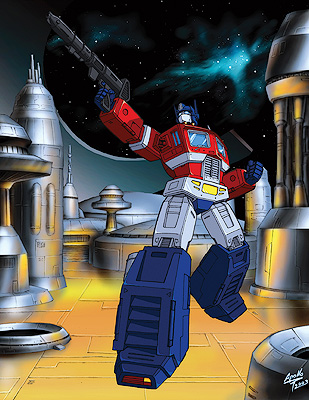 Email ThisBlogThis!Share to TwitterShare to FacebookShare to Pinterest
Labels: Transformers 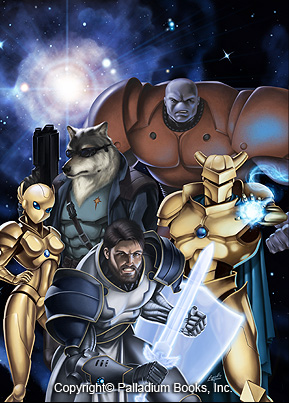 It’s been a crazy summer, that one might say, didn’t quite go according to plan. I am glad to say though that I’ve survived it, even if it feels as if at times it may have been just barely. One good thing that has come out of it is, after lengthy discussions and meetings, I will be returning to Sheridan College to teach once again. Hey, someone needs to show those guys how to use all that fancy animation software properly!

Unlike the last two years, I will no longer be taking classes as well (as a student), which means I’ll have more time to actually work on some artwork - that’s both commissions and personal work! It feels like forever since I’ve done any real art, so that’s one big reason I’m looking forward to going back to school, the other of course, is that I’ll be working again with the always inspiring animation students, both new and old. :D

To herald in the new school year, I thought I’d post a character design piece I did back in 2007 for Approbation Comics, of college zombie killer, Jamie Schaffer of the Chaos Campus series. Enjoy!

This Sunday I spent basking in sun, surf, sand, and the sound of steel drums. No, I wasn’t visiting the tropics, rather I was teaching an all-ages animation workshop during Toronto’s Caribana Festival along the shores of Harbourfront Centre's beautiful waterfront!

The event was hosted by CaribbeanTales' annual film festival and sponsored by Toon Boom Animation. For the two-hour event, I presented basic introduction animation skills on an easy-to-use program called Flip Boom All-Star. The software is geared towards a younger audience, which made it very accessible to everyone that attended, both young and old alike.

It was an absolute pleasure participating in the event and I’m glad everyone that attended had a blast as well.
Posted by Apollo Okamura No comments:

I figured with all the text I post up on my main site, and the inability to comment on pictures, I was thinking setting up a blog for musings and sketch posts where people could comment would be a little more fun and accessable. Not to mention it gives me something to dabble with while I try to find time to fix up the rest of my site, hehe. So, hope you'll pardon the dust while I figure out this blogging thing. In the meantime, enjoy!!


I was trying to think of what picture to upload as my first "sketch" post, and figured what better than to post up the full body line-art of the Glitter Boy power armour I'm using for the animated mini Rifts banner! 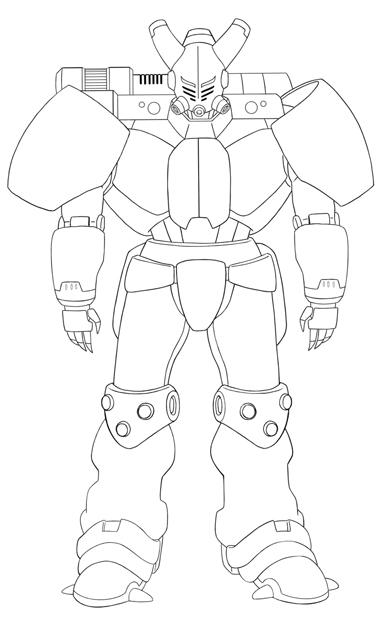