Looks like another one of those weeks that turned into a month...

This new top secret project of mine seems to just keep getting bigger and bigger, not to mention taking up almost all of my time. Not that I'm complaining, since I think it'll all be worth it; course I'll let you all be the judge once it's done!

Okay, to make up for lost time, here's a huge art post for you!

The first is a preview of some of my all new interior character art from the Robotech®: New Generation™ Sourcebook, published by Palladium Books and written by Irvin Jackson.


And last, but not least, here's an art piece I did a few years back as a Christmas card for Palladium Books. 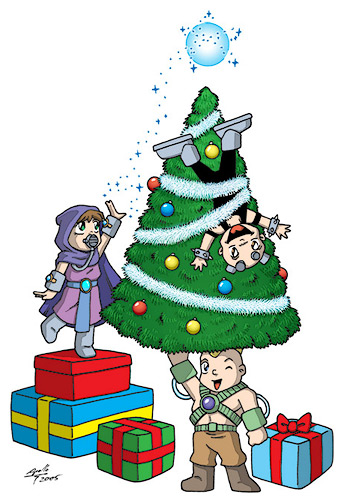 That's it until January.
Here's wishing you a festive holiday season, and all the best in the new year!!

The New Robotech Cover has been Released!!

Took some time, but got me a snazzy new computer and I'm now fully up and running!


For the next while I'll no longer be teaching or freelancing, as I've started a HUGE Top Secret project which I've only so far spoken to a few people in the industry about (not telling which industry). All I can say is that as much as I can't believe what I've gotten myself into, it's super exciting, and can't wait until I can say more about it (hopefully early in the new year).

In the meantime, I'm going to continue to post up my Art Jam pieces, starting next week; because this week, the cover of the Robotech®: New Generation™ Sourcebook has been released!

Limited glossy prints are available (other Robotech cover prints are also still available). I'll post up a link soon, or if you're interested, you can send me an e-mail directly.

This cover was a bit of a departure from the rest of the series, so I'd love to hear what you guys think of it!
Posted by Apollo Okamura 2 comments:

I've been back in the Toronto area for a little while now, and though I had a blast in Georgia, I'm glad to be back home, with one exception. The Dell computer I've been struggling with over the past year decided to call it quits. The breakdown was gradual, but it was enough to corrupt the files for my Robotech New Generation cover. Thankfully, I was able to quickly put something together in time for Harmony Gold to take a look at it and still meet the deadline. I was even able to squeeze in some character art as well just before my computer went completely bust. The cover's not quite up to the standard I was hoping for, given I had to rush through it, but after many sleepless nights, I hope you'll still like the final result.

Thankfully, I realized my computer was dying early and promptly ordered a new computer (not a Dell), and I'm hoping it'll arrive any day now. When it does, I'll have some new Art Jam pieces to show you, and even some animation from the trip to Atlanta!

Signing off until then, courtesy of my iPhone!
(Ain't technology great, hehe)
Posted by Apollo Okamura 1 comment:

The only software I have down here in Atlanta with me is Toon Boom's Animate Pro; so, when a number of fellow animators decided to spend 24 hours of the weekend (hosted by Ashlyn Anstee) and whip up quick animated short films, I jumped at the chance to join in the fun (albeit a little late getting started).
The theme for the shorts were coveting, or wanting something, and who would be more demanding than mobster boss, the Bearfather...

After a whirlwind turn of events, for the next month and a half, I'll be teaching animation just outside the city of Atlanta, Georgia! Unfortunately, that means I'll be missing out on Toronto's TFcon, and Indy's Gen Con. Between teaching, and finishing up the Robotech book cover,  it also means I won't likely have any updates here until September.

That said, I want to leave you with my latest art jam piece. It's a bit of a rush job, but cute, I think. The theme was dinosaur buddies, so I drew dinosaur baby buddies! Awww. 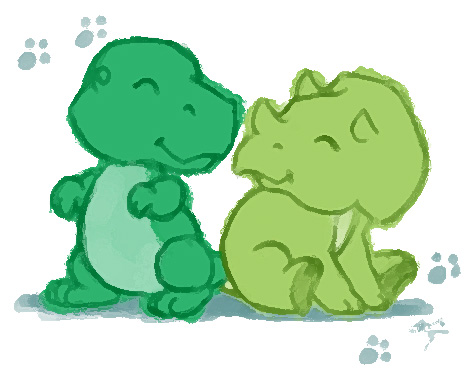 Latest art jam theme was a sexy girl and a car. I didn't have time to draw both, so I kinda' cheated, splitting the difference, and instead drew a girl car. More specifically, I drew Arcee from the Transformers first generation animated series!

It's been a while since I've done any kind of vehicle art (Robotech mechs don't count), so it was nice to try out something a little different. Hope you like it!

This little piece of artwork was done as part of a private art jam. For those not familiar with art jams, think of music jam sessions, but instead of musicians playing instruments, we have artists creating art.

I’m hoping to participate in some of these jam sessions every couple of weeks, try out some different styles, and most of all get some creative juices going.

To kick-off my contribution to the last week's theme of South America, I present to you my mini Inca warrior! 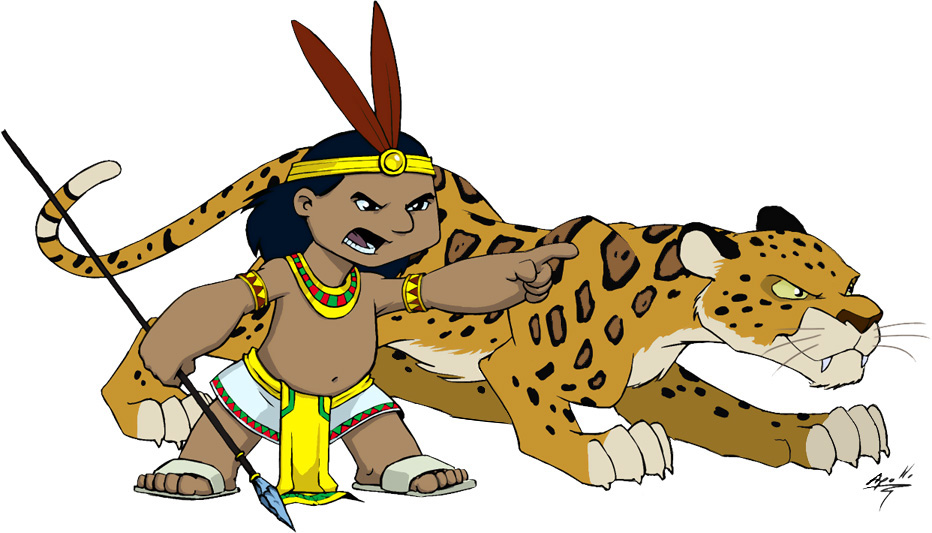 Unfortunately, with the new design of Palladium Books' website they weren't able to make use of the animated Glitter Boy banner I created; which means, I get to play with it myself. YAY! So, for the next little while I'll be using it as my own title banner (above). Alas, Blogger is a little finiky when it comes to working with SWF files, so if you want to replay the banner from the beginning, simply hover the cursor over the banner and it'll play again. I figure that might be better and less distracting than having it continuously loop over and over.

What do you think of the banner, drop me a line in the comments below and let me know!  :)
Posted by Apollo Okamura 3 comments:

Okay, so it’s May already... Happy New Year, all the same!

The past few months have been crazy hectic. I’ve gotten sick twice, ran a secret workshop, drew some interior art, worked on some animation, and started work on the cover for the Robotech® New Generation™ Sourcebook. Of course, all this while teaching my regular classes.
I did mention animation... although that will also have to wait until the next update. There’s a couple things I’m waiting on before I can show them to you. So, until then, here’s art for Rifter #54, the last chapter of the Hammer of the Forge, and likely my last contribution to the Rifter.

The picture was a collaboration piece between myself and another great artist, Nicholas Hendriks, who’s wonderful artwork can be found here: http://nicholashendriks.com/ .
We were both rushed a bit due to many different factors, but suffice it to say, I think it turned out alright. Nick designed the composition/layout, while I drew up the details, and Nick finished off with the tones. Despite not getting to put in as much time as we hoped, it was a lot of fun, and I hope I’ll get to do it again some time!

Anyway, here’s the pic below:
﻿
Posted by Apollo Okamura No comments: